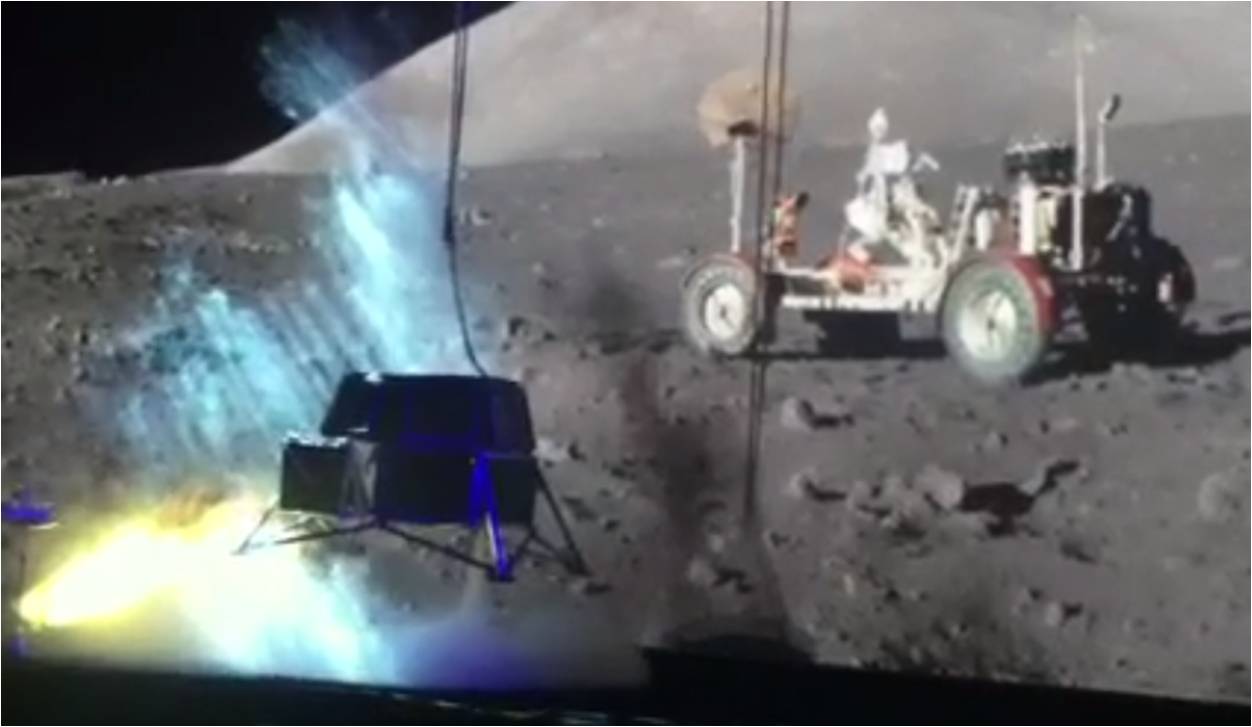 On Saturday, NASA launched a sucessor to the two famous Mars Rovers.  Curiosity is a very large Mars exploration system designed to pick up where Spirit and Opportunity left off. The first two Rovers have been a spectacular success.  Far exceeding any of their design goals and providing us with reams of useful data, and poster worthy images (I have several).

Compared to any of the Mars Rovers, the Google Lunar X PRIZE teams are building technically inferior craft and headed to a destination some 124 million miles closer

Given the difference in technical merits, you may be asking yourself what the point of the Google Lunar X PRIZE is…

Modeled after the $25,000 Orteig Prize won famously by underdog mail pilot Charles Lindbergh in 1927, the Google Lunar X PRIZE is designed to catalyse a commercial space industry by proving that meaningful operations can be conducted on the moon while keeping concepts like profit and loss in mind for all aspects of promotion and operations.

The NASA Curiosity mission has a budget of around 2.5 billion dollars while most of the Google Lunar X PRIZE teams have budgets under 100 million dollars.  This represents a major shift in how we think about resources and opportunities off of our planet. The Government can afford to spend large amounts of taxpayer money on exploration with no easily measurable return on that investment.  The return is significant, but consists of things that don’t fit neatly into a spreadsheet column.  Benefits are more intangible like national pride, job creation through contracts, and spinoff technologies.

Commercial companies by definition need to create profit from their operation.  They wont be there to take pretty pictures (unless they plan to sell them, or it helps with marketing), they’ll be there to set up operations like mining, tourism, communications, and a slew of other things we haven’t even thought of yet.  In order to do so, they’ll need to work on an infrastructure that continually drives costs down while attracting new customers, industry, and funding.

We need both government exploration AND commercial space operations.  They will feed and help sustain each other.  Each helping to validate and garner support for the next steps that need to be taken.

The Google Lunar X PRIZE is not a technical competition.  It is a competition of funding, motivation, marketing, and future customer acquisition.

Today, Moon Express announced a partnership with technology giant Autodesk (press release here).  The announcement is really that they will use AutoDesk software in their designs, which is not in itself that interesting.  The gem comes in a secondary announcement of a Lunar Mining Design Competition to the AutoDesk user community:

“The Moon is ME” Lunar Mining Design Competition as a global challenge to design lunar mining tools that the MERLIN rovers can utilize to acquire and transport lunar samples containing valuable metals and minerals. The competition is global and open to students as well as professional designers using Autodesk software.

Since first hearing of the Google Lunar X PRIZE, much of my soapbox shouting has been in support of hooking the broader technology industry into space exploration and operations.  The industry makes bold moves and spends huge amounts of money just to aquire a technology and customer base.  Just this year, Microsoft aquired Skype for 8 billion dollars… a sum that barely made a dent in their pocketbooks. That same amount could fund a hundred  Google Lunar X PRIZE sized missions.

The question just became: what happens if a large community with deep pockets suddenly becomes interested in space?

Is it a potential catalyst for a new industry to emerge?

There are only 4 years left in the competition. The top 5 teams are pulling away from the rest of the pack and the race is really heating up.  The teams that can get an entire industry to turn it’s head and take an active interest will be at a huge advantage.

One thought on “Did Moon Express just take the lead in the POINT of the Google Lunar X PRIZE?”